The Bat Dog was released this morning for 100k coins but has now changed to 10 fvc.

This little guy just showed up as unreleased, his mom is missing for now.

The Horse Paddock quests are starting to show up on farms.  If you don't have them yet, they will show up soon, it's currently in rollout. 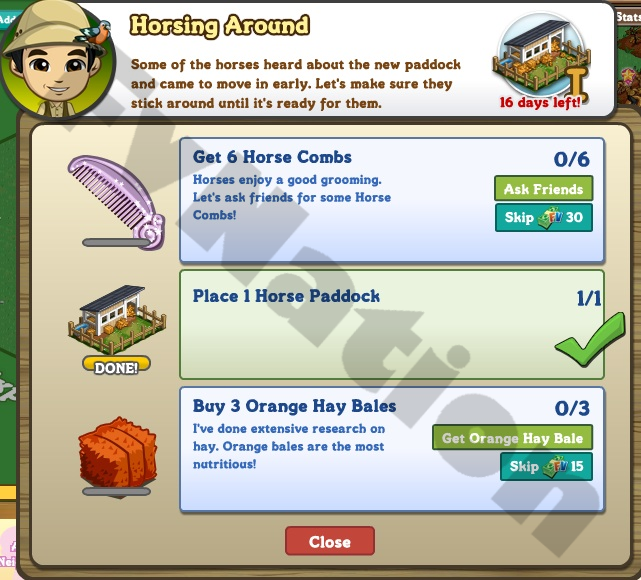 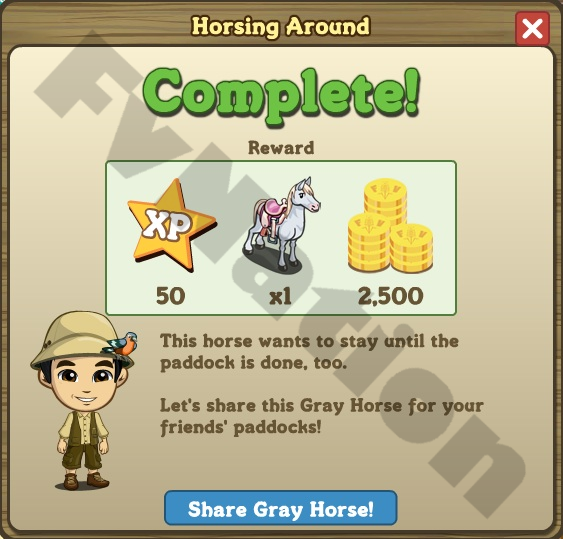 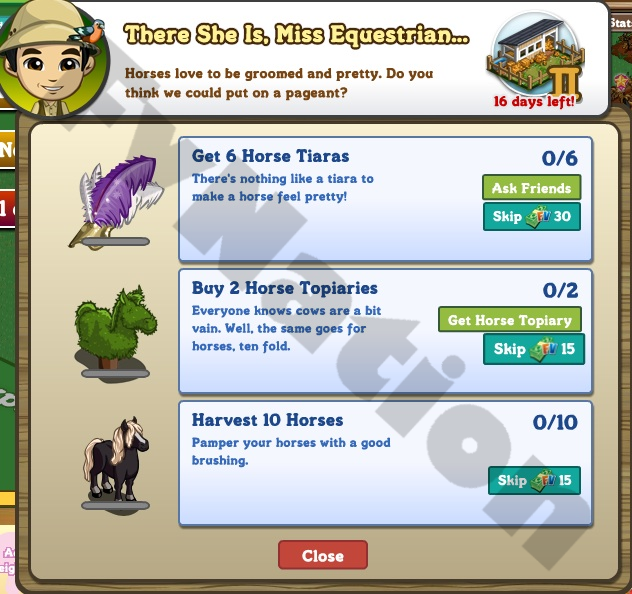 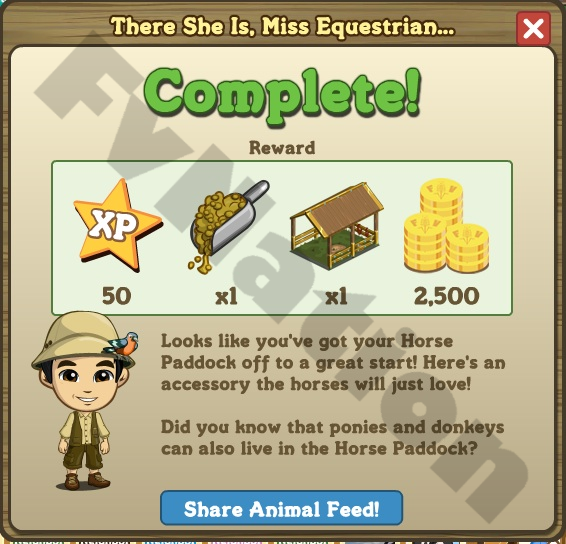 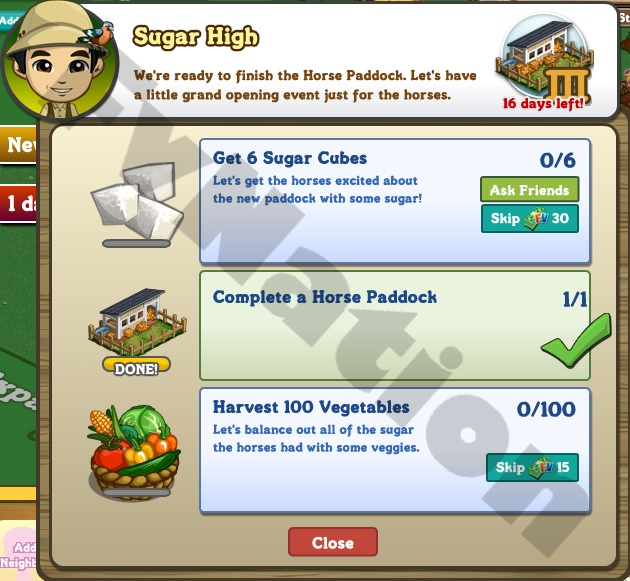 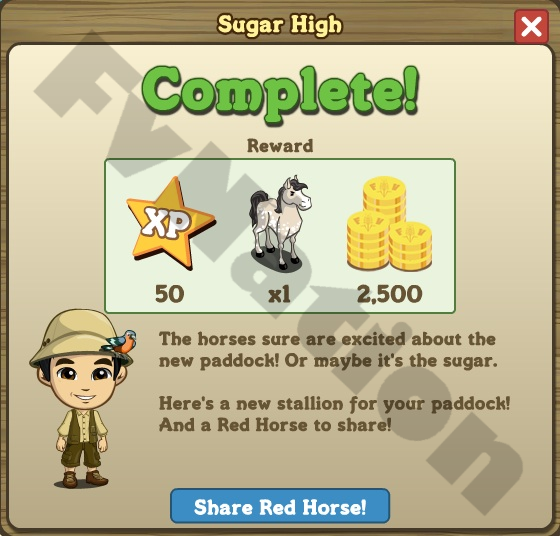 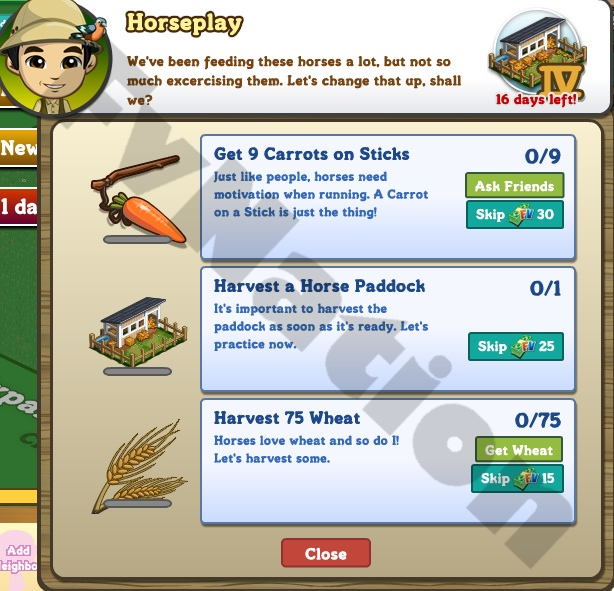 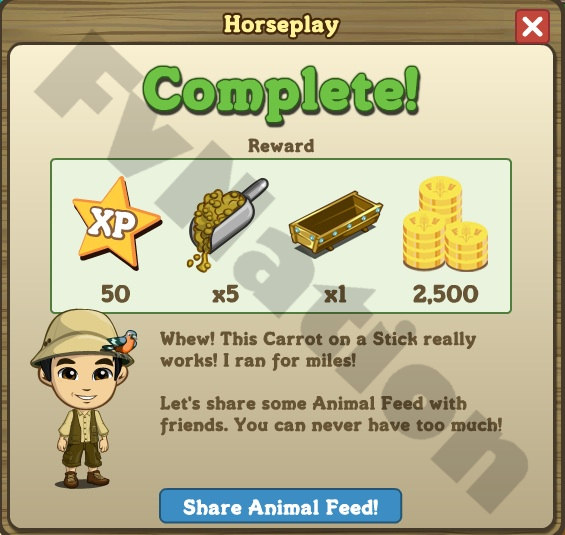 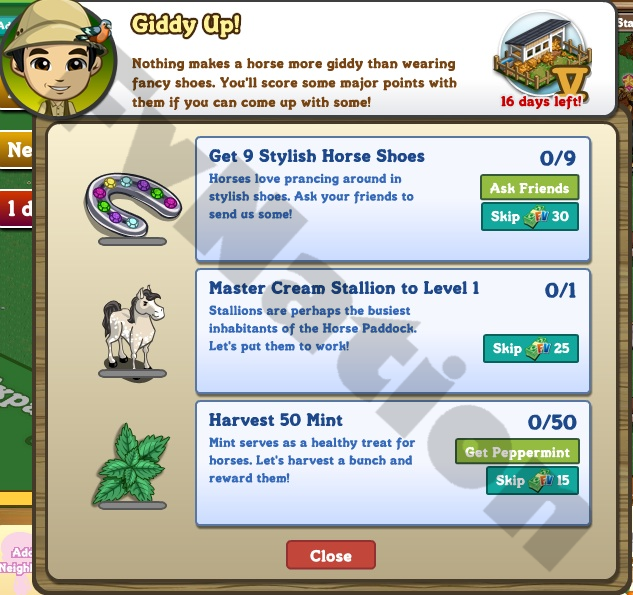 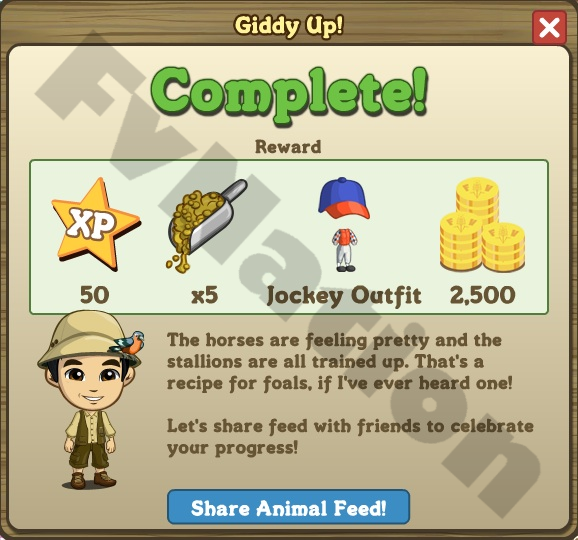 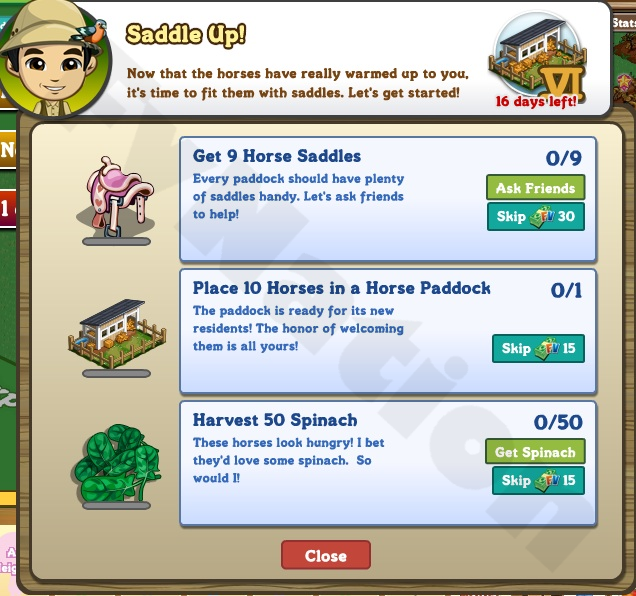 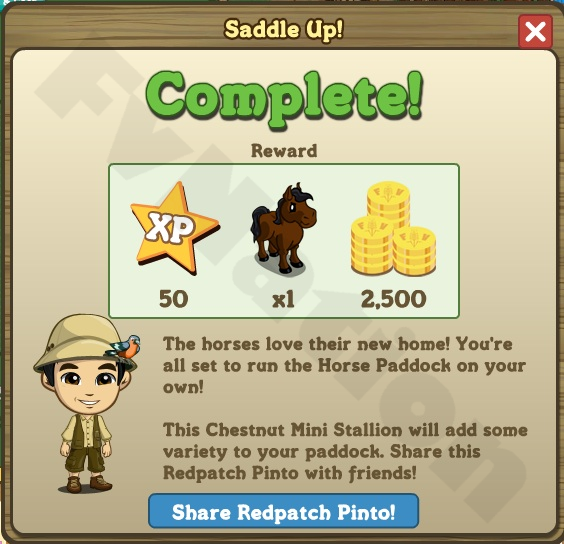 Here's the contents of the Horse Mystery Box thats currently on the market. All old animals in this one.

Just another horse with its foal and the Apple Chicken showed up as unreleased.

The Mule's baby also showed up so be sure to put that one in the Horse Paddock as well ;-).

There's a few animals that cannot be placed into the Horse Paddock yet.  As for now, the French and Fairy Unicorns, and the Skeleton Horse are not going in and so you'll have to wait till Zynga fixes that to make cute little skeleton babies.  update: the Mini Unicorns are not working either.

New craftings are coming up for each cottage.  The crops needed for these will be: Zinfandel, Chardonnay, and 2 unreleased crops we posted before: Pinot Noir and Semillon.

And theres a cross promotion coming up for a new zynga game: 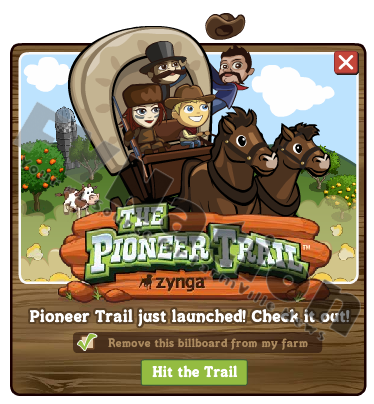 The new lonely animal feature we showed you earlier is now released, so you might see the White Mustang show up on your farm.  You have 3 days to find 5 neighbors to help out. 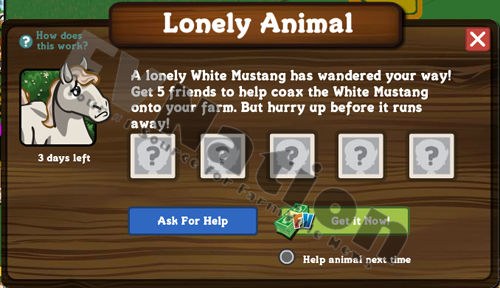 We showed you the crafting mastery signs a few weeks back.  They have now been released so start making those craftings if you love signs.
The Crafting Silo is on slow rollout and should show up in your market soon. 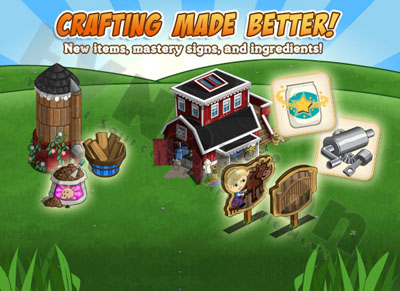 You can already start to collect building materials for the Silo. You will need 30 materials to expand the Silo to level 2.  It will hold 50 crafting ingredients once expanded, or 100 in total you have an expanded Silo on both farms.

More info will follow later.
In a sneaky update, the Parisian Theme was just added to the market.  With a new animal, 2 new trees, a new gnome and more.  Maybe we can see the Eiffel Tower to return with this theme?